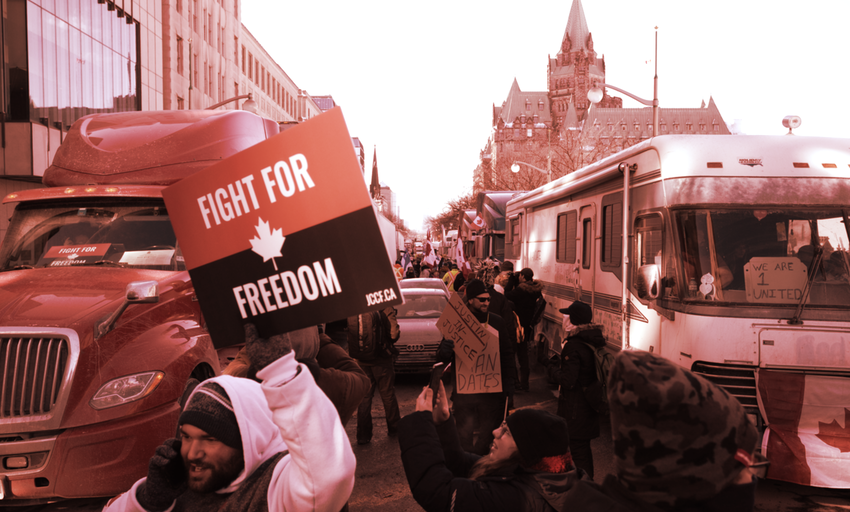 The “Freedom Convoy” of Canadian truckers in Ottawa has raised almost 16 Bitcoin (roughly $700,000) from 4,877 donors after their GoFundMe donations had been blocked.  The group even has garnered help from Elon Musk through Twitter, who believes crypto “can’t be stopped.” In late January, Musk additionally tweeted, “Canadian truckers rule.” The trucker convoy in […]Read More